We are launching a major campaign based on our high-risk infiltration into the world of digging out to denounce this despicable hunt which subjects badgers to the worst abuse. Together, let’s ban this abomination!

When it comes to cruelty, hunters have never lacked inspiration. And among their worst ideas of hunting, there is one in particular which is quite monstrous: digging out. This perfectly legal practice consists in harassing an animal to the bottom of its burrow to subject it to hours of terror and pain before its last breath. Followers of this “pastime” are oh so joyful and relentless in their pursuit, especially of badgers … You know, these shy and harmless little mammals. What could be better than persecuting defenceless beings to savour the pleasure of seeing them suffer and then congratulating oneself on being “the strongest”?

At considerable risk, and after years of trying, we succeeded in infiltrating the highly secretive world of digging out to expose its horrors. It took enormous courage and nerves of steel on the part of our investigators to blend in with their “teams” without being unmasked, rubbing shoulders with sadists whilst pretending to be one of them, being present at massacres without flinching while recording them so as to advance the cause of badgers. If the members of our team completely succeeded in their mission and returned from it physically unscathed, they were nevertheless very affected psychologically by the unbearable scenes they witnessed. You only have to see what they recorded, never before published in France, to gauge the level of violence and utter senselessness of these “hunting trips”

An armed, drunken gang versus a drowsy family

Accompanied by their dogs and armed with spades, pickaxes, axes, grabber tongs, sawn-off shotguns and six-packs of beer, gangs of terriermen root out their victims. They know exactly where to go, the sets are well known to them. The inebriated braggarts do the rounds of them during the off season so as to know where to go during the hunting season. The pickings will be good and the carnage delectable! As soon as they arrive on the scene, they plug the exit holes of the sets using pieces of wood or shovels planted vertically, in order to prevent their prey from escaping through holes other than those from which the dogs have entered. It’s the beginning of spring, the badger couples have given birth to their young and the families are still sleeping peacefully at the bottom of their homes. But suddenly, their world is torn apart…

Causing pain is good, the longer the better

They have taken up residence under a large oak tree, whose majestic roots form the structure of their set. Between them, the set cannot collapse. Both natural protection and columns between which the corridors can extend. But now the entrances to their set are closing one by one, blocked by shovels or branches.

Suddenly thunder rolls in above their heads. Shovels strike the ground, or the trees overlooking their set and explode like the sound of many detonations. It’s mayhem. A badger cub painfully wakes from his sleep and sees his parents panicked.

The couple do not know which direction to take to shelter their little one: the exits are closed, and intruders have entered the set. They must face the barking and the fangs which approach, the cries of humans on the surface intoxicated by alcohol and the smell of blood. The badgers howl, imploring, overwhelming, but only laughter responds to their pleas.

The badger parents then seek to prevent the dogs from reaching the underground chamber where they have taken refuge, right under the oak trunk. To do this, all the tunnels must be closed off as quickly as possible, to create an airtight pocket in the rest of the set, the last resort when invaded. Surrounded on all sides, the terrified animals endure, helpless, for almost five hours the relentless demolition of their only shelter.

The diggers, armed with probes that they push into the ground as far as the tunnels, then ears pressed to the ground, listen to where the cries of the animals come from, estimate the depth of the burrow and the most strategic place to dig. But there, it seems that the oak tree stands between them and their future victims. Never mind: armed with an ax, they will take turns cutting one of the three main roots of the tree, measuring over twenty centimeters in diameter.

Lacking air, the father will try to allow his little one to breathe by opening the protective pouch a little. It will not take #the dogs much longer to reach them, locating them after hours of ransacking. The father, trying to save his baby is bitten and utters a heartrending moan. Suddenly, metal grabbing tongs appear, searching. His baby is grabbed by the abdomen between the iron pincers and then torn from the hole. The unfortunate one will thus be «presented»to the hunters and their jubilant fans… The shot rings out. The badger freezes, then convulses for several long seconds. A huntsman then begins a little dance, and sings “Sharp like a knife, keen like a blade”. Moments later another shot rings out, the adult male will in turn be slaughtered, right in the hole, after a fight which will cause one of the exhausted dogs to lose an ear tip. His remains will join those of his son, chucked on the ground. As for the mother and the other badger cubs, protected by the remaining roots, the “tired” hunters will leave them in their desecrated set, without failing to fill the trench, so that they die asphyxiated there …

The corpses will then be dragged through the woods to the trailer used to transport the dogs, where they will be thrown unceremoniously.

More damage in a day than badgers cause in a year

The hunters will leave behind a bereaved and traumatized badger mother with potentially other cubs, a dismembered oak, dozens of buried cigarette butts. Not to mention the damage caused to crops in the field adjacent to the wood, much greater than that which a family of badgers can do in a year, by dint of going back and forth to fetch maybe a tool, maybe more drinks…

How many thousands of corpses and vile images will it take to rally the public and politicians to the cause of these martyred animals? This scandal must be banned, badgers must be protected. Everyone must open their eyes to the shameful realities of digging out, as it takes place in secret deep in the woods. And face the magnitude of this badger tragedy.

Everyone must open their eyes to the shameful realities of underground hunting, as it is done in the secret of the undergrowth. And face up to the the magnitude of the tragedy that besets badgers. 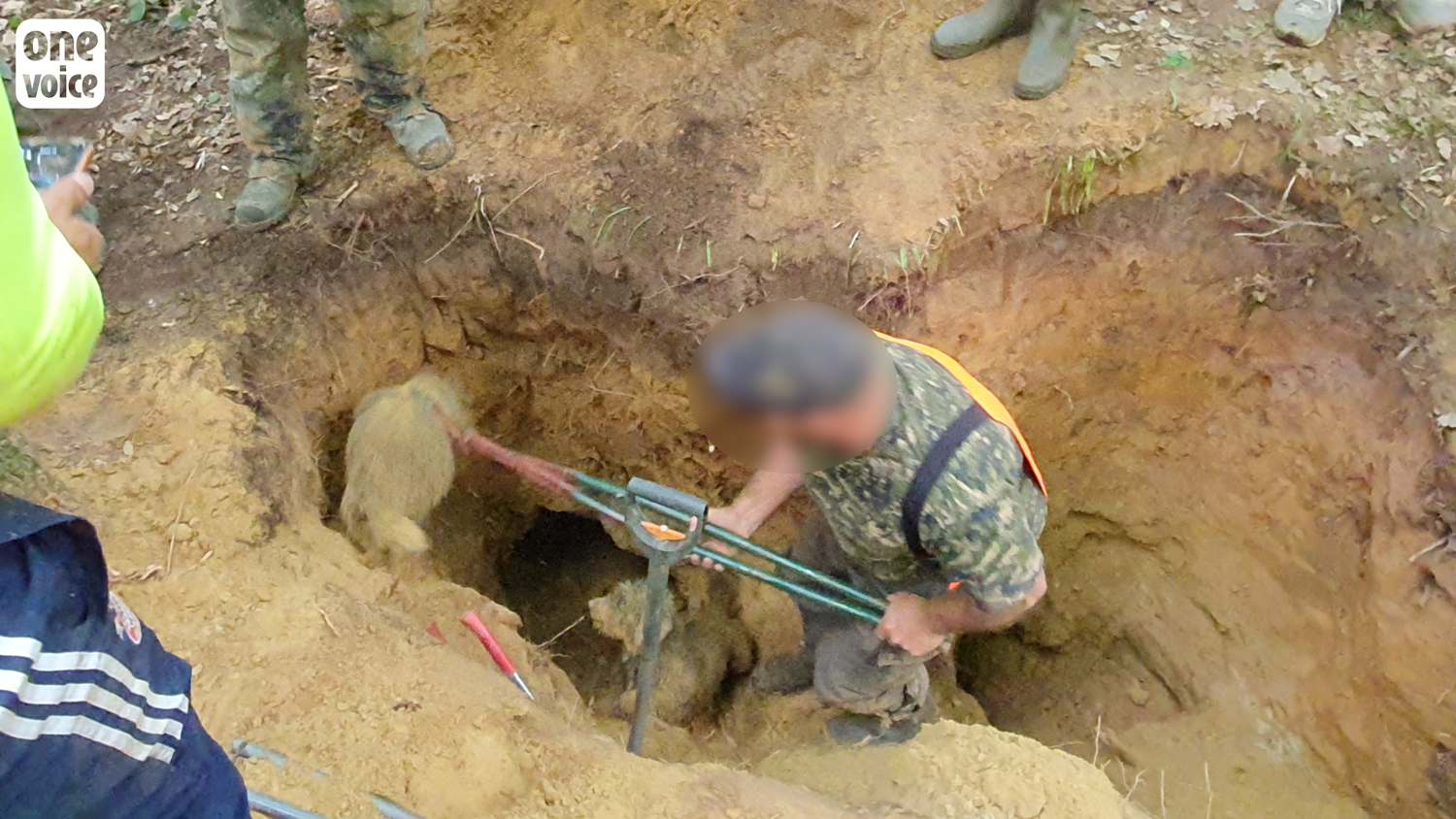 We are launching a major campaign based on our high-risk infiltration into the world of digging out to denounce this despicable hunt which subjects badgers to the worst abuse. Together, let's ban this abomination!When it comes to cruelty, hunters have nev...